LUIS FIGUEROA is the multi-talented Puerto Rican singer and songwriter posed to become the next Latin pop sensation.  “La Especialista” his first release for Sony Music Latin peaked at #27 on Billboard’s Latin Pop Songs chart.  His follow up release, “Te Deseo” also peaked on that chart.  In 2020, Luis was the opening act on Marc Anthony’s U.S. Opus Tour.  From child talent to YouTube stardom Luis’s journey has taken to him to some of the most prestigious stages around the world working alongside some of the greatest icons in the industry.

After gaining attention through several videos uploaded to his YouTube page, Luis signed with Magnus Media, music titan Marc Anthony’s entertainment company in mid-2017.  His rendition of “Flor Pálida” won him a Premio Juventud for “Best Cover Video” and he performed the song live alongside his idol on the show.

Combining both his musical and acting capabilities Luis had a featured role in the acclaimed music-themed Telemundo television series Guerra De Ídols (2017).  Alongside Pedro Capó and Christian Pagan he interpreted the series theme song, “Tequila Pa’la Razón” performing it live at the 2017 Billboard Latin Music Awards.

In 2018, he joined Sebastián Yatra and Lary Over for the urban-pop smash “Por Perro”, which racked up over 450 million views on YouTube to date and reached #16 on Billboard’s Latin Pop Songs chart.  The single was certified 4x-Platinum by the RIAA® and nominated for Video of the Year at the 2019 HTV Heat Awards.  Luis showcased the single during Romeo Santos’s Golden Tour performing it to sold-out stadiums across Latin America.

Luis has also contributed his writing skills for the Fifty Shades Freed [Original Motion Picture Soundtrack] on the Spanish version of the Sabrina Claudio song, “Cross Your Mind”.  As well as work on the debut album for Hamilton Broadway star Anthony Ramos.

Through his childhood experiences, musical evolution, and songwriting the Philadelphia born native and alum of Berklee College of Music has perfected his craft and is now ready to present his artistic vision to the world. 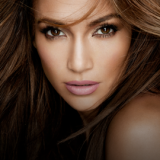 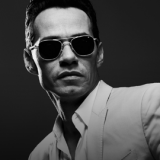