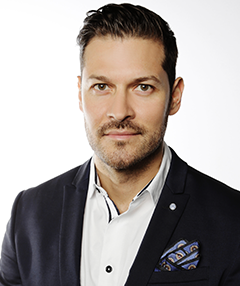 Prior to joining Magnus, Mr. Pimiento was the Vice President of King Productions, Inc; a company owned by Jamie King or as Variety likes to call him “THE BILLION-DOLLAR TOUR DIRECTOR”. The company is involved in the creative and production of some of today’s major concert tours. Under Mr. Pimiento’s leadership the company produced the hit television series Q’Viva The Chosen with creator and Executive Producer Simon Fuller, along with the iconic performers, Jennifer Lopez and Marc Anthony. Mr. Pimiento served as Executive Producer. The show became the first show of its kind to be broadcasted in the US on both Univision and Fox simultaneously. It also opened the door to strategic partnerships with global brands across the continent to create a marketing and media synergy never before seen in the entertainment arena.