Endowed with a great talent for singing, acting and composing, Maxi Espíndola and Agustín Bernasconi got together to become the new teen sensation: MYA.

They released their debut single “Amor Prohibido” by mid-2017, and it reached 3 million YouTube views in only two months. In the begging of 2018, their second single “Día y Noche” amassed an overwhelming success, as its video filmed in Miami surpassed 1 million views in just a week. “A escondidas” was their next song, a power ballad that showcased their talent in an intimate and simple background. Already installed as the new Latin pop duo made in Argentina, they set to collaborate with acclaimed urban artists, composers, and producers. Their first giant step in that direction was “Loco por ti”, written and performed together with Spanish idol Abraham Mateo and Colombian master-mind Feid. Mixed and mastered by the renowned group of producers, engineers, and musicians known as ICON MUSIC –who have worked with Latin stars suchs as Maluma, J Balvin, and CNCO, among others–, it’s their most succesful video to date, after getting more than a million views in less than 48 hours.

Their 5th single is “Fuego”, a hot collaboration with tropical-urban artist Leslie Grace that has definitively placed them in the international scene. Besides traveling across their native Argentina, during last year they have taken their music and charisma to stages across different countries: Uruguay, Chile, Paraguay, Bolivia, Guatemala, Costa Rica, Panama, El Salvador, República Dominicana, and the United States. MYA kicked-off 2019 with their Live Sessions, incredible acoustic versions of their hits “Fuego”, “Loco Por Ti”, “Día y Noche” and “Amor Prohibido”, which feature intimate live set videos. By the end of January, they released their new single “Te Vas”, which was very successful. During April and May, MYA did a High School Nation tour across the US, performing in various locations in Los Angeles, San Francisco, New York, Miami, Phoenix, Dallas, and Houston, also visiting Puerto Rico. “Te Olvidaré”, their single with Pedro Capó is undoubtedly the culmination of a success that had been predicted by the enormous impact of each of their previous singles. This is the opening track of their debut studio album “HOY”, which features 8 new original songs including amazing collaboration. 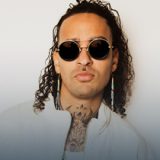 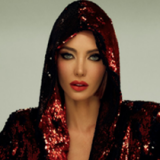