Actor, singer, film & television producer, fashion designer, New York Times bestselling author, entrepreneur and humanitarian Jennifer Lopez has created one of the most successful and well-known brands in entertainment.  With an unmatched global appeal, her “Dance Again” world tour sold over 1 million tickets, her films have brought in over $1.4 billion in worldwide box office receipts, and her fragrances have become the most successful celebrity line in the world with sales exceeding $2 billion.

January 2016 began a remarkable year for Jennifer, in which she launched a Las Vegas residency and a new primetime television series, and bid farewell to American Idol.  Lopez’s new television series, “Shades of Blue,” premiered on NBC to rave reviews and strong ratings for the network.  The show follows a tight-knit group of police officers who are effective at keeping the streets safe, but also corrupt when it comes to lining their pockets and protecting their own.  Lopez plays an officer who is forced to become a federal informant, ultimately having to decide between her own family’s welfare and that of her police family.  Season two is currently in production and will premiere in early 2017.  On January 20th Lopez premiered her one of a kind Las Vegas show entitled “All I Have” at the AXIS Theater in Planet Hollywood Resort & Casino.  The sold out shows, complete with new costumes, set design and choreography has been praised by critics, with the LA Times hailing her the “Queen of the Strip.”   She will be performing 40 shows a year, through the end of 2018.  Lopez also served as a judge alongside Keith Urban and Harry Connick Jr. on the fifteenth and final season of Fox’s American Idol which made its final bow in April 2016.

2017 show no signs of her slowing down.  In addition to her continuing residency in Vegas and “Shades of Blue” returning to the air in March 2017, Lopez will be a judge on NBC’s new dance competition show, “World of Dance,” alongside Neyo and Derek Hough.  She will also be starring in NBC’s live musical version of “Bye Bye Birdie” in December 2017.

Lopez made her feature film debut in the highly acclaimed “Mi Familia,” which garnered her an Independent Spirit Award nomination.   She followed that performance with her portrayal of the Latin music sensation “Selena” which earned her widespread acclaim including a Golden Globe Nomination and an ALMA Award.    Lopez has had five films open at #1 which include “Maid in Manhattan,” “Monster in Law,” “Anaconda,” “The Cell” and “Antz”.   Her recent film “The Boy Next Door,” which she starred in and produced, was her highest January grossing film and second highest box office opening of her career.  Lopez also starred alongside Rihanna and Jim Parsons in Fox and DreamWorks Animation’s “Home,” which opened at number one at the box office and featured Lopez’s song “Feel the Light” on its soundtrack. Other film credits include “Shall we Dance,” “Enough,” “Out of Sight,” “Angel Eyes,” “Parker,” “An Unfinished Life,” “Money Train,” “Jack,” “Lila and Eve,” “Blood and Wine,” and “El Cantante.”  In addition to continuing her role on “Shades of Blue,” Lopez is set to star in “Griselda” for HBO.  The script will be written by Terence Winter.

Since Lopez’s first album “On the 6” debuted in 1999 she has been transforming the global music scene and has sold over 75 million records worldwide.  She has had 16 top 10 hit songs and three #1 albums.  Her music achievements include winning three AMAs, three ASCAP Pop Music Awards, eight Billboard Latin Music Awards, two VMAs, and became the first woman to receive the lifetime achievement Icon Award at the 2014 Billboard Music Awards for outstanding contribution to pop music.  Lopez is also a two-time Grammy nominee.  In 2015, she released her tenth album, “AKA,” which includes singles “I Luh Ya Papi,” “First Love” and “Booty.”  On A.K.A. Lopez collaborated with Iggy Azalea, TI, Pitbull, French Montana, Rick Ross, Tyga, Sia, Chantal Kreviazuk, Kirby, Chris Brown, and producers Max Martin and Savan, Diplo, Detail, RoccStar, DJ Mustard, Harmony Pop and Oak, as well as long-time collaborator and producer Cory Rooney.  Lopez continues to work on new music and in 2016 returned to her previous label, Epic Records, where she works with LA Reid.  She will also release a new Spanish language with album Sony Music Latin in 2017.

Including her most recent singles, ”Ain’t Your Mama,” written by Meghan Trainor, and a duet with Lin-Manuel Miranda, “Love Make the World Go Round,” a tribute for the victims of the Pulse Orlando nightclub shooting.

In 2001 Jennifer Lopez made history by being the first female artist to have a #1 movie and #1 album simultaneously.  “The Wedding Planner” was the nation’s top grossing film while her second album “J.Lo” was #1 on the Billboard Top 200 chart.

Lopez joined the cast of American Idol in 2010 and helped make it the most watched US television series for two years in a row.  She won the People’s Choice Award for Favorite Celebrity Judge for her work on Idol as well as a Teen Choice Award for Favorite TV Personality. She was also named “World’s Most Beautiful Woman” by People Magazine in 2011.

Lopez’s career achievements continue to grow.  In 2013, Lopez received the honor of having a star on the Hollywood Walk of Fame, won Favorite Actress and the World Icon Award at the Premios Juventud Awards, was honored at the amfAR Inspiration Gala, and received the March of Dimes’ Grace Kelly Award for her charitable work.  In 2014 she received GLAAD’s Vanguard Award and was honored at Variety’s Power of Women event for her philanthropic efforts.  Previous awards include the Glamour “Woman of the Year” award, ShoWest “Female Star of the Year,” multiple Nickelodeon Kids’ Choice Awards, a Blockbuster Entertainment Award, multiple ALMA awards, and a Women in Film Crystal Award.  In 2012, Forbes Magazine named her as the number one Most Powerful Celebrity in the world.

Nuyorican Productions is Jennifer Lopez’s motion picture and television production company, which has produced the box office hit, “Boy Next Door,” HBO’s “Dance Again,” and TNT’s recent special, “Neighborhood Sessions with Jennifer Lopez,” in addition to Lopez’s upcoming NBC drama, “Shades of Blue.”  Nuyorican has branched into scripted and unscripted television, producing the critically acclaimed, groundbreaking hit ABC Family series “The Fosters,” from creators Peter Paige and Bradley Bredeweg, a show about a lesbian couple raising children together and helping redefine the meaning of family.  The show has won several awards including a GLAAD Media Award for “Outstanding TV Drama Series,” the LA Gay and Lesbian Center’s Board of Directors’ Award for “LGBT Outstanding Leadership,” and “Choice TV Breakout Show” at the Teen Choice Awards In non-scripted, Nuyorican’s credits include the bilingual Latin-America talent-show “Q VIVA!” for both FOX and Univision and “House of Joy” and “A Step Away” for the NUVO network, the English-language cable channel for which Jennifer is the Chief Creative Officer.  In early 2014, NuvoTV acquired Fuse TV, a channel dedicated largely to music, and features original series and specials, live concerts, and blocks of music videos.

Future projects in development at the company include “Griselda” at HBO, “Crispr” at NBC, an untitled legal drama with michael Rauch at CBS, and “World of Dance” at NBC, for which Lopez will also serve as a judge.

In 2002, Jennifer Lopez joined forces with the international beauty company, Coty, to release “Glow by J. Lo.”  The fragrance broke sales records and continues to be one of the most popular scents sold in the world today.  Since that time, Lopez has released multiple fragrance lines including “Love & Glamour”, “Still”, “Live,” “Glowing,” and “JLove” generating nearly $2 billion in retail sales in 25 markets worldwide.  In 2015, Lopez’s 22nd fragrance, “JLuxe,” was made available exclusively at Kohl’s as part of the “Jennifer Lopez Collection,” an affordable line of fashionable clothing, home goods, and accessories for the modern woman.

In 2014, Jennifer released an autobiographical novel, True Love, which became an instant international best seller landing at #5 on the New York Times hardcover nonfiction bestseller list.   The book, which was published in English and Spanish, also landed on the USA Today bestseller list and Amor Verdadero was the #1 Spanish-language nonfiction hardcover in the US week of release according to Bookscan. True Love is an intimate look at one of Lopez’s most defining moments—a two-year period of great personal growth in the wake of her divorce as she created and set out on her first world tour.    Like many other women balancing the demands of motherhood and career, Lopez found herself at a crossroads, determined to confront her greatest challenges and identify her biggest fears.  The book is an honest and revealing personal diary with hard-won lessons and heartfelt recollections and an empowering story of self-reflection, rediscovery, and resilience. 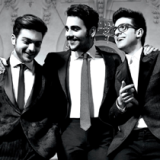 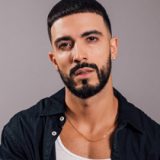