2ND ASCAP “SHE IS THE MUSIC” SONG CAMP

Sponsored by The ASCAP Foundation and W Hotels Worldwide

NEW YORK, Sept. 20, 2019 – Latin urban superstar Natti Natasha has signed on for the second ASCAP “She Is The Music” Song Camp, taking place September 30 – October 3 in Miami. The camp – part of the She Is The Music all-female writing series – is funded by The ASCAP Foundation in partnership with W Hotels Worldwide (the iconic lifestyle hotel brand) and will be hosted by Marc Anthony’s MAGNUS Media.

Natti Natasha (Natalia Alexandra Gutierrez Batista) is a multi-platinum singer-songwriter born and raised in the Dominican Republic. At 18, she moved to the Bronx to follow her dream of becoming a singer. There, she met Latin urban star Don Omar in 2010 and in 2012 was signed to his label, Orfanato Music Group. That same year she was featured in his song “Dutty Love,” which was nominated in 2013 for five Billboard Latin Music Awards, winning for Latin Rhythm Airplay Song of the Year. After her first EP, All About Me, in 2017 Natti signed with Pina Records and released her song “Criminal” with Ozuna. It was one of the top 10 most-watched YouTube videos that year, earning her the title of the most-watched female artist on YouTube in 2017 with over 1 billion views. The song was ultimately RIAA Latin 15-time diamond certified. Natasha was the most-watched female artist on YouTube in 2018 and 2017 combined, with over 4.52 billion views, outranking top female artists including Ariana Grande, Dua Lipa, Camila Cabello, Taylor Swift and Cardi B. Her debut album, ilumiNATTI, was released on February 15, 2019.
“When women collaborate with each other, we can create a universe,” said Natti Natasha. “I am thrilled to have the opportunity to be part of the ASCAP ‘She Is The Music’ Song Camp.”

“She Is The Music is a vital initiative to help women advance in the music industry,” said ASCAP CEO Elizabeth Matthews. “Exciting things happen when you bring talented women together to work creatively. ASCAP’s first She Is The Music song camp, held last year in Nashville, resulted in 15 amazing new songs.”

The Song Camp is one of three tentpole initiatives of She Is The Music (SITM), a global nonprofit organization working to increase opportunity and drive equality for women working in the music industry. In addition to the all-female Song Camps, SITM aims to provide a global database of women creators and industry professionals, and establish a mentorship program to develop the next generation of women in music. SITM’s cofounders are global superstar Alicia Keys, Universal Music Publishing Group Chairman and CEO Jody Gerson, Grammy Award-winning engineer Ann Mincieli and WME partner and head of East Coast Music Samantha Kirby.

As part of this year’s Song Camp, W Hotels will host a panel featuring song camp participants on September 30 for What She Said, the W brand’s signature speaker series empowering individuality, inclusivity and honesty for women around the world. The event will welcome local movers and shakers to W Miami for an intimate evening of powerful discussion covering the issues of today for women in music. Through the What She Said series, W Hotels has been creating safe spaces for conversations that drive progress in the gender equality movement on a global scale, from the United States to Dubai. Each What She Said event features provocative speakers across industries and aims to both cultivate community and spark conversations that inspire, educate and enlighten.

The “She Is The Music”  Song Camp, along with ASCAP’s other song camps, collectively spanning music genres including pop, rock, hip-hop, R&B and Latin, have a proven record of successful song creation and development. Hit songs born at ASCAP’s song camps include “Somethin’ Bad,” written by Priscilla Renea, Brett James and Chris DeStefano, which was recorded by Miranda Lambert and Carrie Underwood, peaking at #1 on the Billboard Hot Country Songs Chart. The Grammy-nominated track was licensed by NBC as the theme for NBC Sunday Night Football. ASCAP song camp songs have been recorded by a who’s who of artists including Kelly Clarkson, Selena Gomez, Ellie Goulding, Mika, Plain White T’s, Icona Pop and Latin artist María Parrado. Recent releases include “Yo Te Crei” by Ulices Chaidez and “Antes y Después De Ti” by T3r Elemento. Two other singles, “Tu Mundo Cambio” by Milly Quezada (The Queen of Merengue) and “Loca” by Judy Santos (female vocalist from Aventura’s hit “Obsesión”) are set for this fall.

The American Society of Composers, Authors and Publishers (ASCAP) is a professional membership organization of songwriters, composers and music publishers of every kind of music. ASCAP’s mission is to license and promote the music of its members and foreign affiliates, obtain fair compensation for the public performance of their works and to distribute the royalties that it collects based upon those performances. ASCAP members write the world’s best-loved music and ASCAP has pioneered the efficient licensing of that music to hundreds of thousands of enterprises who use it to add value to their business – from bars, restaurants and retail, to radio, TV and cable, to Internet, mobile services and more. The ASCAP license offers an efficient solution for businesses to legally perform ASCAP music while respecting the right of songwriters and composers to be paid fairly. With more than 720,000 members representing more than 11.5 million copyrighted works, ASCAP is the worldwide leader in performance royalties, service and advocacy for songwriters and composers, and the only American performing rights organization (PRO) owned and governed by its writer and publisher members. Learn more and stay in touch at www.ascap.com, on Twitter and Instagram @ASCAP and on Facebook.

About The ASCAP Foundation
Founded in 1975, The ASCAP Foundation is a charitable organization dedicated to supporting and encouraging American music creators through music education, talent development and humanitarian programs. Included in these are songwriting workshops, scholarships, awards, recognition and community outreach programs, and providing grants to other 501(c)(3) organizations engaged in educational programs for aspiring songwriters and composers. The ASCAP Foundation is supported by contributions from ASCAP members and from music lovers throughout the United States. For more information: ascapfoundation.org.

About She Is The Music

She Is The Music (SITM) is a nonprofit championing equality, inclusivity and opportunity for women. An independent organization, SITM is working to increase the number of women in music and transforming the gender landscape of the industry.

SITM unites women across the industry, creating strength and impact on a global scale. The nonprofit provides umbrella resources and support for female-focused initiatives – both through its own programs, as well as external efforts around the world. SITM’s core programs include all-female songwriting camps; the largest database of women creators in music; and a forthcoming mentorship program.

Born from the bold attitude and 24/7 culture of New York City, W Hotels, part of Marriott International, Inc., has disrupted and redefined the hospitality scene for nearly two decades. Trailblazing its way around the globe, with more than 50 hotels, W is defying expectations and breaking the norms of traditional luxury wherever the iconic W sign lands. With a mission to fuel guests’ lust for life, W ignites an obsessive desire to soak it in, live it up and hit repeat. The brand’s provocative design, iconic Whatever/Whenever service and buzzing Living Rooms create an experience that is often copied but never matched. Innovative, inspiring and infectious, the brand’s super-charged energy celebrates guests’ endless appetite to discover what’s new/next in each destination, to see more, feel more, go longer, stay later. For more information on W Hotels, visit whotels.com/theangle or follow us on Twitter, Instagram and Facebook. W Hotels Worldwide is proud to participate in Marriott Bonvoy, the new name of Marriott’s travel program replacing Marriott Rewards®, The Ritz- Carlton Rewards®, and Starwood Preferred Guest® (SPG). The program offers members an extraordinary portfolio of global brands, experiences on Marriott Bonvoy Moments and unparalleled benefits including earning points toward free hotel stays and nights toward Elite status recognition. To enroll for free or for more information about the program, visit MarriottBonvoy.marriott.com. 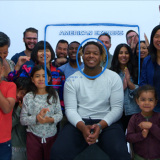 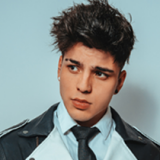